skip to main | skip to sidebar

Posted by African American History Survey at 8:24 AM

Pharaoh Akhenaten's monotheistic religion apparently was not the only thing unusual about him. Read this National Geographic article
Androgynous Build
Sigmund Freud had an interesting take on Atenism and the origins of Monotheism. Read the following article from the New York Times Magazine:
Freud, Monotheism, Moses, and Akhenaten
The relationship between Akhenaten and his successor, "King Tut" has been in dispute for some time. Check out a new wrinkle in the debate:
Tut's Father?
Posted by African American History Survey at 8:17 AM 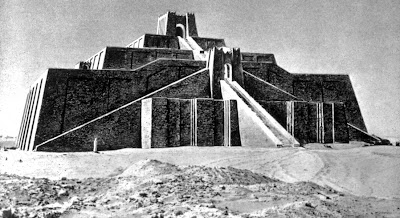 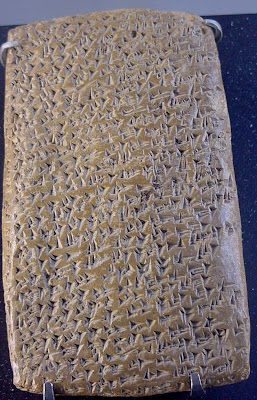 Many historians consider the ancient region of Sumer (the regions of modern-day Iraq and Kuwait) to be the birthplace of complex civilizations. The image is that of a stepped pyramid called a "ziggurat".
The ziggurat was probably the origin for the story of the Tower of Babel in the Hebrew Bible.
The second image is an example of Cuneiform writing that developed very early in Mesopotamia.
Description of Sumerian Culture The link here has a serious of illustrated links to early civilization in Sumer. Click on to additional links regarding the culture's polytheistic religious landscape.
Posted by African American History Survey at 8:39 AM 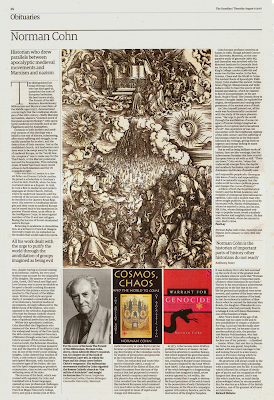 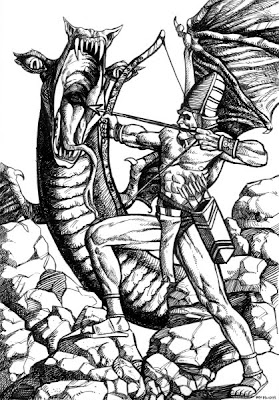 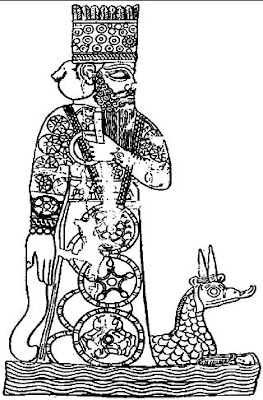 Marduk, representing order, predictability, wealth, health, and success,
destroyed the Dragon-Mother Tiamat to both bring order out of chaos AND
to create the physical universe.

One of the earliest representations of the battle between order and disorder, cosmos and chaos occurred in the mythology of early Babylon. Read the following brief description at:
Battle Against Tiamat and Chaos
Read a review of Cohn's "Cosmos, Chaos and the World to Come" at:
Chaos Book Review
The late historian, Norman Cohn, developed the notions of "Chaos and Cosmos" we refer to several times in the early part of the semester. Read his obit from the New York Times:
Cohn obit
Posted by African American History Survey at 8:35 AM